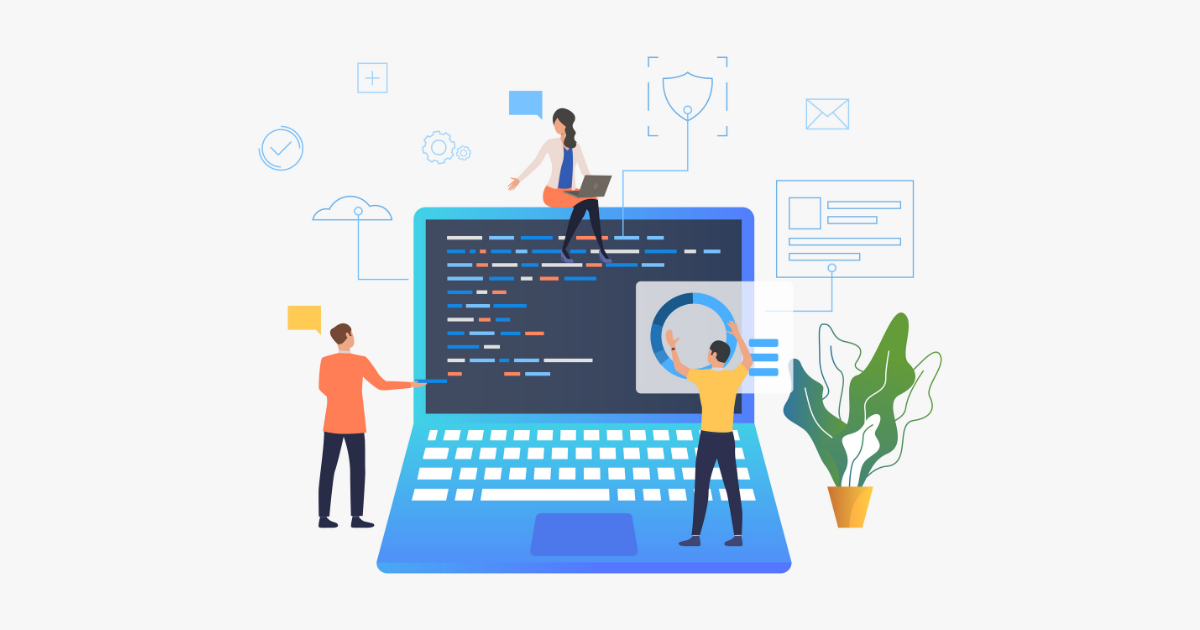 Code refactoring is the process when the code is edited and cleared without changing its functions. Code refactoring increases readability, makes code more productive and maintainable, and also improves testing and QA. This process helps to avoid bugs in the future and reduce costs by editing code in advance.

At Weingenious Technocrats, one of the top 10 it companies in Surat, we have observed that when developers often have to upgrade or deal with a functioning system built by another or even several other teams while paying attention to the clarity of code. In such cases, refactoring is very useful. It helps to prevent the code rot and programming discrepancies, resulting from wrong classifications, code duplication, and different styles of code writing by several developers.

When do developers need to use code refactoring?

Generally, refactoring is used before updating or editing new features into the code. This process increases the quality of the product and facilitates its writing. Additionally, it is a good practice to apply refactoring shortly after the product rollout. Therefore, developers have time to review their code without delays and then they get down to a new task.

If an existing code needs to be refactored, the first step before refactoring would be to run initial tests in order to identify the problems and weak points. Subsequently, the developers may want to investigate the root causes of tech problems and invalid issues.

Below are the five steps that will be followed in refactoring code:

Why is refactoring your code important?

1. Transparent code that is easier to maintain and extend

By refactoring, developers can gain greater convenience in its maintenance. Additionally, such code is also easier to extend in the future. It is essential in case of developing project in the long term. This will help developers to read who will not have to spend a lot of time analyzing each function or variable but will be able to understand it quickly.

Although this is not the main objective of refactoring to make sure that the codebase is no longer messy can positively affect the speed of the application. With code refactoring, developers will able to remove duplicate code as well as reduce its complexity. If developers get rid of unnecessary elements, application performance can be increased, and maintaining it will become a more convenient, smoother process.

3. Improves the security of the application

The basis of the code becomes more demanded and stable by keeping the code in a very good condition, and nurturing it. It will be easier to understand such a code, as well as to find any security holes or errors and fix them quickly. In addition to this, refactoring also helps detect such dangers much faster than in unchanged code and react in time..

There is no way to avoid technical debt entirely, but code refactoring helps to reduce it. Scheduling regular refactoring will ensure that the code is constantly monitored and maintained, and thus the risk of deteriorating the quality of the code will be diminished. Less technical debt tends to getting your product to market faster, as well as better upkeep and maintenance.

Refactoring helps improve the maintainability of the design in such a way that it becomes easier for the developer to functionally extend the existing code or reuse it elsewhere. This is attempted by improving the code, specifically with regard to the following criteria:

Readability: so that as many developers as possible understand what the code actually does

Testability: for assurance of the appropriate functioning of the code for the future through regression testing

Redundancy & Modularity: so that concrete problem solutions can be used from elsewhere and are not implemented multiple times

In the usual software development cycle, a continuous cycle of design, specification, implementation and testing is provided. The software product can repeatedly enter this cycle after each run. However with the classical techniques, after a change of specification or a redesign, parts or even the whole program often had to be completely rewritten. Refactoring allows the developer to run this cycle permanently on a small scale, thereby continuously improving the product.

Just like every other piece of technology, code also keeps getting replaced and improved with every passing day, and it would not be wise to avoid the existing parameters and stick to something that is old and outdated. Therefore, it is recommended to refactor the code every once in a while to stay up to date with the current demand supply chain.